Beyond War is a non-political educational organization that has been working since 1984 to support a growing movement to change planetary thinking about war.

Everywhere on the planet, a Great Turning is under way. Even as humans adhere to different cultural systems or religious convictions, we are realizing that our fates are not separate, but profoundly interdependent. War and the preparation for war can do little to address the overarching challenge of providing food and clean water and education for all 7 billion of us. War has become dysfunctional. Especially because better alternatives exist, war has become obsolete.

Is our own time the right moment to realize the long-delayed dream of ending war? Emphatically YES! The environmentalist Paul Hawken speaks of a planetary grass-roots movement of over a million organizations which share values such as non-violence, sustainability, gender equality, and human rights. He calls it the largest mass movement in all of history. The aggregate power of all these organizations working congruently will result in substantive change.

Citizens in the United States can see clearly now that the immense courage and sacrifice our military has expended in a series of stalemated wars has not yielded the security for which we hoped. The treasure we have poured into these wars has weakened our own domestic infrastructure, the quality schooling, medical care and meaningful work that are themselves more significant measures of our security than elusive military “victories.”

Instead we must build a world that gives specific form to the Beyond in Beyond War.

Beyond War people are not experts, but ordinary citizens. We don’t have all the answers, but we are certain that we need a new direction on the planet. The United States, the most powerful nation on earth and the one that uses the most resources, surely has a special responsibility in helping to lead the world in this new direction. The job is educational, building agreement around three fundamental principles: War has become Obsolete, We Are One on This Planet, and Means Determine Ends.

This requires dialogue, face-to-face contact, with everyone learning. That is one of the things Beyond War people do together—going “inward” to examine our assumptions, and also “outward” to engage further with people—as we try out these principles our own lives.

If these principles are true, they have far-reaching personal implications. We can test the benefits of orienting ourselves by these principles without waiting for anyone else to change. We can, in Gandhi’s famous phrase, “be the change we wish to see in the world” by addressing conflict with consistent good will. We can decide firmly to close the door to violence of act or attitude, to blame, to preoccupying with enemies—to all “us and them” thinking. Only a decisive closing of the door allows an opening to more creative, constructive possibilities. This does not imply instant perfection, but rather putting ourselves firmly and willingly on a new path. There will be missteps, but when we stumble, we can get back up and continue onward with renewed determination.

This website supplies free resources to enrich such discussion. Once a group has gone through a study series, it may be ready to apply to become an official chapter of Beyond War. Through our web site, a chapter can communicate with other chapters around the world and share the most effective methods for living and spreading the principles and practices.

Beyond War’s central office and regional support people are available by e-mail or telephone to help with any and all issues, including starting a chapter and other ways of volunteering. 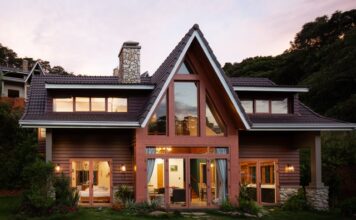